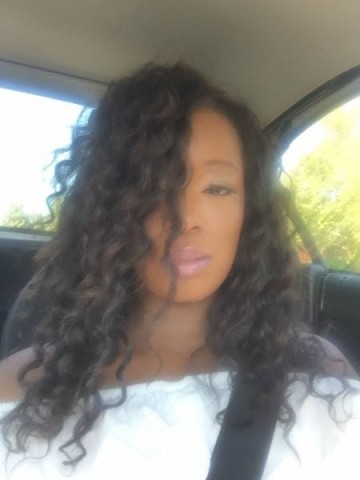 “...I give you the mausoleum of all hope and desire...I give it to you not that you may remember time, but that you might forget it now and then for a moment and not spend all of your breath trying to conquer it. Because no battle is ever won he said. They are not even fought. The field only reveals to man his own folly and despair, and victory is an illusion of philosophers and fools.”
― William Faulkner, The Sound and the Fury

I quote Faulkner because I grew up with him.

Walking from the bus stop past those who relinquished all hope to the visions rendered by their drug fueled hazes, I was headed home to an extensive library filled with books from some of our greatest academicians and philosophers. I lived in the hood so maybe the library was called a hoodbrary. Ghettoary? I actually like the term ghettoary. Sounds like I’m a fancy pants that brought culture and class to a new world. “I’ll meet you in the Ghettoary where we will read as we dine on exquisitely prepared hot dogs and blue kool-aid.”

As I opened the front door to our third floor apartment, there was my cat Harry and the bookshelf that had an expensive set of encyclopedia’s and volumes of books from Faulkner, Shakespeare, Elliot, Dickenson and others. Now, don’t get it twisted. We were not some super smart and well-read family with good breeding that happened to fall on hard times and had to move there from our more upscale place in which the only things we couldn’t bear to part with were our books.  No, my mom just liked to buy shit. This was during the days where people sold encyclopedias and books door to door. I actually recall the salesman bringing an encyclopedia once a month to our house to add to the collection. When he finally brought the last volume, I remember my mother rubbing her hand along the entire set with such pride. I didn’t understand it then, but now I know how important she felt when people walked into our apartment and saw this fancy set of books.

She would force me to read these books aloud to her on a regular basis. It, was torture. Later, I began reading them on my own. It, eventually became OK. Then, I realized that I had read several literary masterpieces before third grade. It, was cool.

So, when I quote Faulkner, it’s not arrogant obnoxiousness, I actually know him.

Wait, what? Oh, now I remember what I was writing about. Right, right, right. Resetting. Getting back to ZERO.

I use that title with a bit of trepidation. Going back to something implies that you’ve been there before. Have I been content? Complacent even? I do not dare use the word happy because I can’t define it and I truly believe that once you declare happiness, everything goes wrong. I can’t run the risk of getting chicken pox at my age.

For right now, I will safely say that I am at ZERO. Even keeled. Sipping my martini’s from an actual glass instead of a red plastic cup.

When I started this blog I was all like “my ex said this to me”, “my ex did this to me”, and “my ex and his mother fell off a cliff and died instantly.” That last thing didn’t really happen, but come on, you’ve been there and thought worse.

No, I wasn’t heartbroken when I introduced my story to you. I was experiencing PTSD. I had fought a long and hard battle and had not come out as the victor. Neither of us did. I agree with Faulkner’s assertion that victory is an illusion of fools. But I did learn a few things about myself.

These past few months I have worked harder than I have ever had to work in a long time (details to follow in a future post). I had to save my own life and focus on me. I lost a few friends along the way but I found myself…again. I say again because I seem to re-evaluate myself quite often. It’s a continual re-birthing.

Here’s the thing about resetting. You don’t always remember where you’ve been and that’s not necessarily a good thing because you don’t want to keep following the same hopes and dreams that got you nowhere. Every time you create a new reality, you have to accept it. You realize that life is very resilient. Sometimes it will reset without you being aware of it. One day you may think your destiny lies in one direction and then your position is altered and instantly you are at three, two, one, ZERO.

My biggest concern is keeping the momentum and continuing on while avoiding as much negativity as possible. I need to focus while continuing to work with intention.

Right now, today, this feeling of evenness is bliss. I did not say that everything is perfect because it is definitely not. Tomorrow or next week could be different. I just have so many personal and professional goals I need to accomplish that I do not have time to allow the doubts to take root.

How many times has your life automatically reset? You probably do not know because it happens in an instant. For those that want to jumpstart the reset, here are a few steps:

1.     Thank the Divine. Personally, I thanked God for all that He has done in my life and for the good I know is coming. Depending on your beliefs, meditate as you express gratitude.

2.     Recognize what you have learned from your past experiences. How have these lessons learned shaped you and gotten you to this point? Remember the pain, the hurt, and the blessings while acknowledging how you needed all these experiences to be stronger.

3.    Release the unwanted, mentally, physically and metaphorically. Go through the entire house and gift items you do not want or use to others (clothes, purses, shoes, etc.), donate items and discard a few things. Write down negative thoughts living in your head and rip them to shreds. Any areas in the house that cause bad memories (like how the red polish on the wall happened during an argument), clean and rearrange the space.

4.    Surround yourself with positivity, as much as possible. I went through my social media accounts and telephone and deleted over 100 contacts. Stop listening to the naysayers that tell you it can’t be done, who don’t believe your accomplishments because they are so awesome and those that tell you that you are lucky as opposed to smart, talented and hardworking. These are not “yes men” these are people that know you are not perfect, but do not harp on all your flaws. They lovingly tell you that maybe you should go another route because your talents lie elsewhere. They are also not constantly negative about others and themselves. Lastly, do the same for your home. Any items that bring up negative memories or feelings, toss them out, paint over it, etc.

5.    Envision it and declare it! Imagine yourself where you want to be. Be bold about it. Envision who you want in your life. Be clear about it. Manifest your desires and dreams by believing in it, envisioning it and announcing it. Declare who you are. If you are a badass, claim it!

You know me by now. I have no secrets. I hold myself to a standard higher than anyone expects of me and believe me, I’m a tough overlord. Sometimes you should look in the mirror and ask yourself “what is it you want from me?” When the answer comes, be prepared to work hard. Stand tall and strong with your feet planted firmly because you want to be steady when all you want comes pouring in! Make sure your hands and heart are open to receive your blessing!

Because SHE is better than YOU