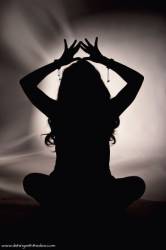 As I hid on the floor of the closet, knees to my chest, breathing as slowly and quietly as I could so that he could not hear me, I felt like a war criminal avoiding capture. To the best of my knowledge, all I did was fool myself into thinking that he was the one. Forsaking all my friends and family and my own identity so that I could stay in his suffocating embrace.

Maybe my delusion was a crime. Maybe I deserved to be here; in this mental prison. I imagined the judge proclaiming the sentence at my sentencing hearing. "For the crime of delusion and incomprehensible neglect of yourself and your loved ones, I sentence you to your own personal hell where you will be ALONE, AFRAID and ASHAMED. You have been given the AAA for life." Somehow, I don't think this AAA came with free roadside assistance. Because if it did, I would have called them to let them know that I'm having engine problems and I'm stuck on the side of life just waiting for help.

But how did I get here? The first 6 months he treated me like a queen. He made me laugh, told me I was beautiful and was attentive to my every need. Admittedly, moving in with him only after two months of dating was a bit soon, but it was good for 4 more months after that. Our lives were filled with walks to the beach, surfing, cooking together and watching tv cuddled in each other's arms. It was a wonderful existence.

Then when his brother moved to town we decided to share an apartment with him. We moved to a two bedroom on Heaven street. Boy was that misleading. 666 Hell Highway was more like it. It was as if having his brother around gave him permission to be cruel. His brother remained kind to me, but he became a monster.

It was not physical. It was mental and verbal abuse by the most controlling person I have ever known. Instantly my name changed to bitch and whore. Seriously, I began to think that those two names were actually on my birth certificate. "Hi, I'm Ms. Bitch Whore, how may I assist you today?"

Everything I did was wrong. Everything he once thought was cute was now stupid. Like how I peel and devein shrimp with gloves on so that my hands will not smell. It was once comically cute to him but now it annoyed him. He even accused me of cleaning the house with the same smelly gloves in which I cleaned the shrimp.

Any agreements we had were no longer valid. We shared a parking spot, so one day when he parked there on my day, I asked him to move it and he called me a "fucking bitch whore." One time we were at the grocery store and he forgot his wallet so I paid for him and he said he would give it to me later. When I asked him when he was going to pay me back he said "when I feel like it."

I could only hang out with he and his friends. Without being asked to do so, I became their personal chauffeur every Friday night as we went from bar to bar. I sat and watched them have a good time while I wondered what my friends were doing. I could not hang out with my friends and family anymore. It was so bad that I had to invent ways to have contact with my friends. Once, I made plans with a friend to celebrate her birthday. Instead of asking his permission to have dinner with her, I left work early, changed clothes and met her at the restaurant, had dinner with her, changed back into my work clothes and went home and had dinner again with him. I had to practice deceit just to have what others considered a normal life.

He was cold and distant around my family and did not care if they knew how he treated me. During a snowboarding trip with my sister and her boyfriend he started an argument with me. As my sister slept upstairs, he was downstairs calling me names and yelling at me all night. The next morning I was embarrassed when my sister told me she heard everything. Of course she encouraged me to leave him but knew I would only do so when I was ready.

He despised whatever I liked. I loved shopping at Trader Joe's so he suddenly hated it and said nothing from there tasted good. I would secretly shop there, make dinner and hide the Trader Joe bag and food wrapping in the outside trash bin and tell him it was from another store. He would compliment the quality of the meat that he didn't know came from Trade Joe's.

EVERYTHING had to be his way and in a certain order. If I moved something out of place, I would get a verbal beating so bad I sometimes wondered if getting hit would be better. Why didn't I just do what I was told in the order I was told to do it?

The shaming, name calling, belittling and public humiliation I had endured for 4 1/2 years led me here, to the floor of this closet. Hiding because although today is my day off, I got dressed this morning and left the house like I was going to work so that he would not give me assignments to do for the day. I went back home after he left for work to have a relaxing day off but I didn't know he was coming home for lunch. When I heard his key in door, I ran to the closet and sat there until he left an hour later. Even after I heard him walk out the door I waited an extra 15 minutes to be safe.

You think I would have started planning my escape from my captor. But I did not. My car was in his name and I told myself that I was waiting till it was fully paid off and the title was mine. That was not true because when it was paid off, I still stayed.

I had become completely dependent on him. His happiness was my joy. His satisfaction was my pleasure. If he had a good day and was in a good mood, then my life felt complete.

I did eventually leave him, but only because the attention from another man gave me the hope and strength to do so. I left him for another codependent situation that did not last long.

I can't believe I stayed with him for 4 1/2 years. My friends tell me that it is not a shock to them that I did so because I always appeared so in need of attention and affection from men. Here I was thinking that I had it all together. I lived by the beach, was in a relationship and was splitting rent which allowed me to save money. I thought that altering my behavior to make him happy was me being smart and adaptable. I didn't know I was in an abusive relationship. When I did finally realize it, I didn't have the courage to leave.

Why did I not know I was in an emotionally abusive relationship? I had all the signs you hear about when discussing abuse. I was publicly humiliated, constantly put down, ignored, dominated, controlled, alienated from my friends and family, threatened and made to feel as if everything was my fault.

The problem was, every now and then he would throw me a bone by buying me a pair of earrings from Tiffany's, taking me out to dinner or buying me some other type of gift. I instantly thought that he was trying to be a better guy. The guy that originally chased me. No one had ever taken such good care of me, so I thought that maybe deep down, he was a good guy.

The more I drank at night to dull my feelings toward him and walked on eggshells to avoid his verbal attacks I began to realize I was in a vicious cycle. I saw my friends and family in relationships with genuine respect and appreciation for one another. I longed to be married and knew that if he asked me, I would say yes but have him make promises that I would not make sure he would ever keep.

I wanted to once again be adored.

I have spent a lifetime looking for love and acceptance from someone else. I never learned how to love myself. How to accept myself. So when he came along and showered me with gifts, attention and affection, I was sold. I had finally found what I wanted. I was in-so-deep that when he became cruel I endured it because I kept waiting for the moment he would be nice again. I knew that eventually he would grant me with five minutes of kindness that was so sweet, that I could put up with days and weeks of abuse until the next 5 minute kindness break. I was like an addict chasing that first high. I recognize that I need counseling to deal with childhood issues and until I receive the help I need I will keep repeating the same cycle. The only reason I was able to leave him is because I met someone else who promised me a life better than the one I had. Unfortunately, the moment I moved into my own apartment and left my abuser, my new relationship ended. I found myself alone and wondering if I should have stayed in my abusive relationship.

I began telling everyone that I was happy to be alone and starting my new life so that I could find myself. It was all a facade. They knew it. The very next relationship I was in I also deleted my identity and was extremely codependent. He was not abusive but again, I was willing to give up everything that makes me an individual to guarantee he would love me forever. My friends knew what I was doing and his family knew that I was not being authentic. That relationship has ended and I'm still trying to figure it all out.

I am truly on a journey of self discovery. I will never have it all figured out but I'm trying. I'm still on my own now and doing things I like to do and that are just for me. Yoga has helped me begin to define who I am and my purpose. I know it sounds cliche but yoga is just for me. When I meditate I'm honest with myself and the universe. I feel safe in my yoga poses. Like no one can knock me off balance. The first time I fully held the Tulalandasana, which is the balancing stick pose, I was waiting for someone to come and push me over. To tell me that after weeks of practice I'm still a failure. But that didn't happen. Pose after pose I'm stronger.

I know when the next relationship comes along I will still struggle to not hand over my Identity. It will always be a struggle for me. I'm constantly healing and gaining strength. For now, I have balance. I have found my Tulalandasana.

Tweet
Tags:
strong women Domestic Violence Physical Abuse Abused Women Recipes
How My Fake Eyelashes and Makeup Saved Me From My ...
SOMETIMES I JUST WANT TO STAY HOME AND FART MYSELF...

How Could My Hero Also Be A Brutally Physically Abusive Man

Because She Combed My Hair For My Mother's Funeral