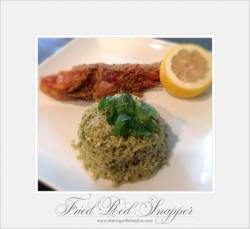 How do you buy a Father's Day card for a dad that you really do not have a connection with? Searching for the RIGHT card was a daunting task because apparently all greeting card writers have wonderful relationships with their dad. They have memories filled with daddy daughter dances, father and son football games and family holidays where dad lovingly carved the meat and gave a wonderful speech about love. I'm soooo happy for them. But for me, I needed a card that said:

"Thank you for leaving so early in my life because it made room for my stepdad to show me kindness, generosity and love. Thank you for not paying child support because it taught me how to be independent, stand on my own and not expect anything from anyone. Thank you for reentering my life to tell us that my mom was raising me all wrong because it allowed my mom to fight harder to become an example of strength. Thank you for disappearing when I went to college to avoid being asked to help pay tuition because it helped me to stop looking for you. Thank you for deciding to reenter my life years after college and I was already a responsible adult because allowing you to have any presence in my life demonstrates that my mom and stepdad instilled in me kindness, forgiveness and maturity. Thanks for the sperm."

OBVIOUSLY, Hallmark is ignoring my several emails and voice messages requesting to get a card with those exact words in the stores ASAP. How rude!

After a good 30 minutes of searching for the right card, I found one with simply "Happy Father's Day" and no other sentiment. Perfect because I was 5 minutes from mailing him a sticky note!

I do not dislike my biological father, but I do not love him. Is that a weird sentiment? He is who he is and I'm comfortable with that. I remember being 12 years old when he told me he never wanted me. Funny thing is, he didn't say it in the middle of a heated argument or a bad day. He said it as a matter of fact during lunch. I was not upset, but I just knew our relationship would never be anything more than what it was right there at that moment. The next summer when I was given the option of visiting him I was so happy to not be afraid to say "no, I'm done visiting him". I did not see him again until my 20's. Although we did not see each other, there were annual phone calls where he would brag about the accomplishments of my cousins and the son he later had. He always made sure the phone calls ended with a big put down for me and my mom.

I never cried about it. I never missed him. There were rough times with my mom where occasionally I would call and ask him for money. I never got it. He did send the money for my prom dress which shocked us, but I figured it was so that he could brag to people that I finished high school only because of him. His ego was always hysterically grandiose. Once, during a really bad time with my mom, I called him in tears and asked if I could come live with him. He said yes and that he would call back after he made the arrangements. The next day, he had changed his phone number. This was not the first time he had changed his number after I asked him for help, so I expected it.

He apologized a few years ago for being remiss on his duties as a father. Of course I accepted because I was in my 30's and over it, but he is still someone I would never seek to have a relationship with. I would not want him as a friend.

Today we communicate regularly. At first we had weekly phone calls, then monthly phone calls, then I would only drop him a note card in the mail on the first of each month. Now, since he has learned to text, we send an occasional meaningless text when the feeling hits us. We are fine with this and it works for us. I feel as if I'm respecting him as my father and I'm sure he feels that he is doing his fatherly duty by checking in every now and then.

I do have one great memory of him from when I was a kid. He loves to go fishing and a couple times he took me with him. It was peaceful and quiet. It was also so much fun to go home afterwards and fry our catch of the day. He was always a good cook. I still love to go fishing but I don't know if it's because of him or because I just enjoy it. However, I always tell people that I enjoy fishing because of him just because that is the only good memory I have of our time together.

Sometimes I feel guilty at the distance I intentionally put between us because as he is getting older I notice that he is realizing he should of have a relationship with the only responsible person in his life. His son is useless and my cousin that he regarded so highly when we were children did not amount to what his family thought he would. He is now embarrassed by him. I notice that he reaches out to me to vent and get advice or to just have a normal conversation because he is not getting that in his current situation. But I don't want to be there for him in a way he was not there for me. When I needed him he was not there. I can't be his lifesaver or sounding board.

I - IDENTIFY your INSPIRATION

Life with my mother was hard, but she did the best she could and her best was better than that of most. To harbor anger toward him would be dishonoring all my mothers hard work. I know my mother would not want me hating a man that means nothing to me. I can just hear her now saying "move on".

He does not know this, but he is one of the reasons why when I was younger I worked so hard to escape poverty and make something of myself. Whenever I would visit him, he and his siblings would speak poorly of my mom right in front of me. It was cruel and they did not care about my feelings. I cut off all communication with him when I was in college because I felt I was not worthy to be a part of that family. He would brag about how his nieces and nephews were going to be doctors, lawyers, and how they were taking expensive music lessons at their private schools. I could no longer hear him put me down. So I worked hard and contacted him only once I felt that I was somewhat good enough to be a part of his family. Once I had a few degrees, had a great job, had traveled extensively and built my first house, I still felt I was going to be inferior but thought that MAYBE they would accept me. So I reached out to them. It did not make me feel good to now know that I had surpassed my cousins by just finishing high school. I felt bad for them and most of all for him. All the dreams and aspirations he had for his family did not come to fruition and they succumbed to drugs, jail, and harsh realities. I don't know what happened along the way but I'm sure there is a lesson in there somewhere.

His failures do not bring me joy, but I am thankful for my childhood without him. We never argue and I never bring up the past. We just accept our relationship the way it is and this works for us. I don't love him and I'm sure he does not love me. We have a mutual respect that keeps up connected. But every time I go fishing or just fry fish, I think of him fondly and that feels good.

Tweet
Tags:
Recipes
Cinnamon Rolls with Bacon
Because SHE is better than YOU

Books Read For Pleasure in 2017

An American in Korea: Just Trying to Figure This Life Out.